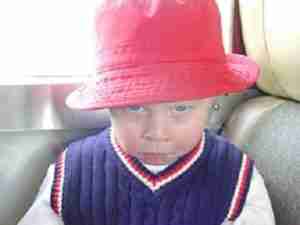 You can lose a lot of time and energy being mad.  Anger can inspire, but more often it erodes productivity.  So if you’re angry.  Really angry.  What to do?

You can stay mad.  Just let the bile build up inside you until it chews you up from the inside out. Some people who choose this option think they’re good at hiding it but they’re not.  It comes out in sly ways. Like managing to hold it together long enough to be decent to those close to them but rude to the coffee barista. Or being an aggressive driver. Or being unaware of a persistent scowl.  Some who choose this option also adopt a passive aggressive attitude with the person they’re angry with and hope that person will get the hint and make things right. Very unlikely.

Just let it go.  Gentle souls, those who practice meditation, and deeply spiritual people are often skilled in letting things go.  Think Gandhi or the Dalai Lama. A very Zen approach and difficult for the unpracticed person to do.

Speak up for criminy’s sake! Move toward fixing it with honest, kind communication. It’s not as difficult as it might seem.  If you think you’ve been slighted, simply say to the slight-er, “When x happened it hurt my feelings or made me angry because…….” Be careful not to make accusations or “you did this” statements. In some cases the offender had absolutely no intention for what they did or said to come across as it did and may welcome the chance to set the record straight.

In other cases, maybe the person was doing a passive number to make a (clumsy) point with you. Gently making your point about how it affected you gives them the opportunity to fess up.

(And this is an important point, this “fessing up” notion.  Every one of us has been the conscious offender at some point.  If some angry soul has the guts to gently confront the situation and you did indeed intend to get a rise out of the other person with your actions or words, then you need to own your intention. Admit your intent and genuinely apologize for your actions.  You will astound the other person with your honesty and make huge steps toward better understanding.)

There’s no guarantee that addressing the situation will result in the two of you hugging it out. But there’s a better shot at that result if you do something proactive to fix the situation than if the anger is bottled up to the point of explosion.