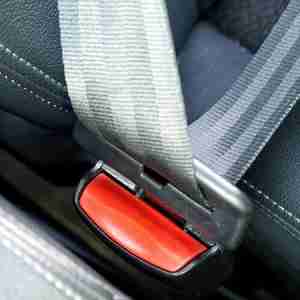 There’s a lot of buzz about creating better habits. But there’s a better way to look at doing things in a better way. And doing things better is why you’re trying to develop a new habit, right?

By definition, calling something a habit means that you do that thing without really thinking about it. It’s just automatic.  Putting on a seat belt, or driving the regular route to and from work, or putting your napkin in your lap in a restaurant, or lighting a cigarette (not a good habit, but then not all habits are).

When you try to create habits out of tasks that aren’t so simple, you run into trouble. By calling it a habit you expect that you’ll do this thing automatically, without having to consciously walk yourself through the steps to completion. There is talk about better habits with regard to diet and exercise, handling email and managing tasks and projects, to name just a few. Those things are not as simple as putting on your seat belt.

Add to that the notion that’s been quoted for decades that if you do something every day for 21 days it will become a habit. Turns out there’s no research to back that up. It’s kind of a not-very-interesting (at least compared to the one about getting a kidney stolen) urban myth. So now you’re holding yourself to a standard that doesn’t even exist.

So what should you call those new and improved actions you want to be a part of your day?

Routines. You need to create routines.

Likewise, if you want to better manage email, you just need to create a routine that works for you. Same for managing projects and handling to do’s. (And if you get stuck, you know where to find me.)

Creating routines means you don’t have to re-create the process every time, you just have to follow the process.

If you look at these new, more efficient ways of doing things as routines rather than habits, you take the pressure off of yourself that these new routines should be second nature and that you should be able to do them without thinking.

For some people, perhaps these new routines could indeed become habits and that’s just terrific. But if you’re in the percentage of people where that won’t happen, you’ve got a lot of company.