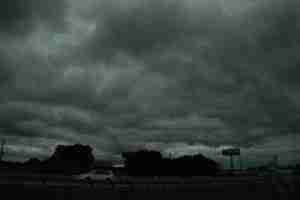 Recently I was working with a woman who was waiting for some job-related news. The longer she waited the more certain she was that the outcome was going to be bad. In her mind, in the vacuum that was created from lack of new information, she created stories to support the idea that the outcome would be negative.

Sound familiar? It probably does, but it doesn’t need to be this way.

Silence is not an indicator of bad news. It’s an indicator of no news. Which, logically, she probably knew. But logic is often not the first or most powerful psychological reaction.

Here’s an exercise to put fear in its place and shift your focus to more reasonable thinking.

Whatever outcome you fear, describe every part of it. Write down the worst outcome that you believe could happen. Include as much detail as possible. If you want to get really depressing, take it further to describe how this bad result is going to start a chain reaction of even more bad results.

Next, look at the facts. Make a bulleted list of everything you know absolutely for certain.  No assumptions, no guesses, no foreshadowing.  Write down only hard facts related to the situation.

Finally, look at those facts and see how they support the worst case scenario. Do they?  Even in the smallest way? Is it possible that the facts actually support a positive outcome?

Seeing both your fears and the facts in writing takes you out of the center of the psychological drama and allows you to see it as an observer. The new perspective presents an opportunity to release the fear of doom and deal with the facts instead. By focusing on the negative, your perspective about everything suffers, even tasks you need to handle that have nothing to do with the fear.

Have you ever assumed a situation was going to end badly even though you didn’t have any data to support that negative outcome? Would this exercise have helped you?