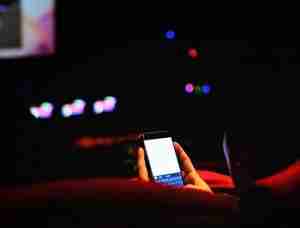 People can be unbearably annoying. For the most part, people are kind and considerate. I truly believe that. But in small part people are selfish, myopic, me-first, boors. The sobering insight about that is how little it takes to give that impression. Do you need to stop annoying behavior?

Human interaction is endlessly fascinating, which is why it’s one of two coaching and training tracks I focus on (the other is time management). Because of that and also because I’m in the 20% of the population who tests as a Highly Sensitive Person (Yes, that’s a thing and you can learn more about it here. Or Google it.) I’m witness to a LOT of annoying behavior.

The other day a friend texted me saying that she was at her wits end because the guy in front of her at her son’s game was carried on a long and loud business call from the stands. Not content to ruin his own viewing of the game, he decided everyone around him had to suffer too. Take it outside, buddy.

The other day I was in very quiet physician’s waiting room. Two other people were also waiting for their appointments. One guy sat quietly. But not so the lady. First she filed her nails for awhile – which was only slightly less cringe-causing than nails on a chalkboard. Then she got on her phone and with every key she touched, we got to hear boop boop boop boop boop boop boop boop. After several minutes she put that away and brought out some hard candy. Which she started to chew on. CHOMP CHOMP CHOMP CHOMP.

Seriously lady? Do you see other people in this room?

The other day I was at a business networking/social event where there were vendors around the perimeter of the room. In the middle of my transaction, the hosts of the event began their prepared remarks. I tried to be quiet as I completed making my choice and checking out but mid-interaction I realized the speaker was right behind me. Horrified that she may have been struggling to stay focused while this whispered conversation was within earshot I wrapped up quickly and tried to make up for it by being extra attentive. Not sure it worked.

Maybe you wouldn’t be bothered by such things but plenty of people are. And because you don’t find them maddening, that means you may be more likely to BE the annoying one – like I inadvertently was.

What counts as annoying behavior?

Here are other behaviors I’ve witnessed, or others have shared, that make people want to stab the perpetrator in the arm with a fork.

It’s the little things and they do matter. This is such a divisive time in our country many people are on the edge of losing it at any given moment. The pressure is intense. If we just think about the impact of our behavior on other people, that’s a step in the right direction. If in doubt, err on the side of being quiet, kind or thoughtful. It’s a wonderful start.

This self-awareness is part of what’s called Emotional Intelligence, or EQ. If you wonder what your EQ score is, check this out.