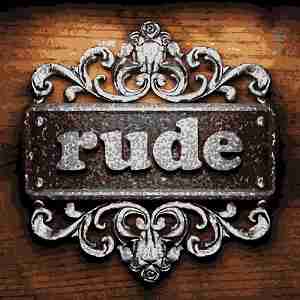 This has happened twice recently and so many times in the past that I’m going to rant here for a minute. There’s a point, I promise.

I attend several networking events a month and most of them include an educational segment with a featured speaker.

At two recent events I was the victim of the Sidebar Conversation. This is a conversation an attendee starts with his or her “neighbor” – during the presentation. It may be about the topic, but it’s still a conversation while the speaker is speaking. And it’s rude.

The sidebar conversation says three things about the person starting it. For the sake of example I’ll use the female pronoun, but it’s not a gender-specific practice.

In the two most recent cases I had to struggle to hear the speaker while these sidebar conversations were going on. And it wasn’t just a few whispered words – these were full-on conversations!

The purpose of most networking events is to build relationships. Do you have any interest in building a business relationship with someone who is rude and selfish? I sure don’t. And that’s what this practice is saying to the world.

Here are polite options to the sidebar conversation:

Networking is a BIG deal to me. So much so that I created a training program to help people do it better. Check out Don’t Be an Atrocious Networker!