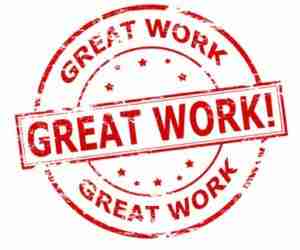 Have you ever asked for someone’s opinion and then realized you don’t actually want it?

That happened recently. I worked hard on a graphic that explains my services, came up with what I thought was pretty good and had a graphic designer polish it up. Then I shared it with a few people to get feedback.

The first few people said it was great, or good, or clear. All opinions with which I whole-heartedly agreed.

But then somebody said the graphic wasn’t compelling and it went off in too many directions, making it confusing.

When I read that email my first reaction was to feel defensive. I pushed back in my reply trying to explain why it was necessary to do it just the way I created it. The guy was amazingly patient. Participating in this back and forth while I continued to defend my work and he continued to share his honest opinion.

At some point during the exchange it hit me. If I wasn’t going to listen to his opinion, why did I ask for it? I needed feedback from many different people to make certain that I was on the right track. Why was I only willing to accept the feedback of the people who reacted positively. How stupid.

I ended up sharing the graphic with a few more people and all of them agreed with the guy who said it needed a lot of work. I scrapped it and started over. Frankly, I’m grateful as all get out that all those people had the courage to tell me what they really thought. (And by the way, I don’t think the people who liked it were necessarily saying that to make me feel good, they just looked at it a different way.)

When to Ask for Feedback

Don’t ask for an opinion if you don’t really want it. You don’t have to agree with what you hear, but you must listen to the feedback and consider it carefully. If you’re dead set on doing what you plan to do (marry that person, wear those pants, get a Mohawk, buy that house, take that job, send that letter) then just do it. Save people the awkwardness of having to decide whether to be truthful even though it may hurt your feelings or lie and feel like a phony.

I promise I will, too.