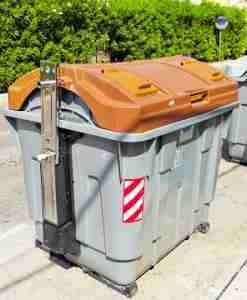 In the 80’s I had a pair of shoes I LOVED.  So much that every time I wore them I thought about how sad I would be when they wore out.  I couldn’t imagine not having them.

The fact that I cared this much about a pair of shoes, is suspect. But that these shoes were black flats with metallic parrots on them, makes one rightfully question my fashion sense, if not my sanity. (But it was the 80’s. The era of many hideous choices.)

Multiple outfits were built around the parrot shoes and they were worn constantly.  Then one day I looked at those shoes and knew I was over them. It hit me out of the blue, but I knew they were history. There was no denying I’d never wear them again. So right then I piled them in a box with some other less coveted items and dropped them off at the local charity.

And never looked back.

Why this shoe story?

You’ve had that feeling when you just can’t make yourself let go. It could be clothing, knick knacks, drawers full of files, exercise equipment or cards and letters from years ago. Even though it’s just stuff, you’ve become attached to it. Perhaps because you think you might need it someday if it’s a practical something.  Or maybe because it holds special memories if it’s a sentimental something.

But with almost everything, there will come a day when it’s easy to let go.  Like the tacky shoes, suddenly you’re OK with not having it anymore.

And that’s the time to take bold, immediate action. Give it away, shred it, dump it, burn it — or whatever extricating process is called for — but don’t wait and second guess yourself. This feeling you have at this time to purge your life of this dead weight is the right feeling. Act on it!

All those things I mentioned?  I’ve held onto them and then dumped all of them. And doing so feels great. To be unburdened of the stuff is liberating – physically and mentally.

At the risk of sounding insensitive, sometimes what needs to be ejected from your life is a person.  Maybe a friendship that has run its course. Business relationships often have a shelf-life. Perhaps someone doesn’t have your best interests at heart or your values are no longer in sync.   Could be a myriad of reasons, but when you realize you can let go — do it.  It doesn’t always have to be a reflection on the other person’s character, though sometimes character plays a significant role in the decision to separate yourself.  But in either case, go they must. And you are better for it.  Always.

So when your gut tells you that something or someone no longer fits into your life, say goodbye without hesitation. Make it happen.